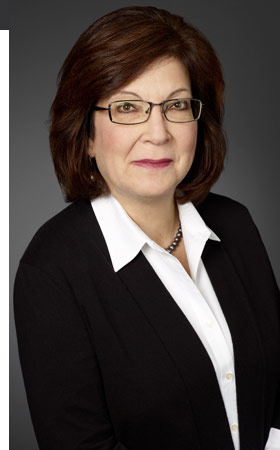 My friend Molly Blake, a fellow military spouse, and I put our brains together to write this piece on The Huffington Post. It’s an open letter to Barbara Starr, but it’s really a letter to Americans,  and especially to those contemplating starting a war with Syria. Please read it and share it with your friends.

Here’s a link to my opinion piece on CNN.com today. Check it out.

12:45 Update: So the CNN commentary seems to be turning into something that would make for fascinating fodder for a psychology class. People really do bring their own perceptions to everything they encounter. The vast majority of the comments on the CNN site are from people who were offended by what I wrote because of their own direct connections to the Iraq War. They seemed to take from the commentary that I believe Iraq to be a less noble war than Afghanistan, when not only did I NOT say that in the commentary, I actually said just the OPPOSITE. In fact, in the 3rd paragraph — very near the top of the piece — I say this:

“…my reasoning has nothing to do with the actual fighting that took place there. I am grateful because, to many Americans, Afghanistan is still the “good” war, the one we had to fight. Iraq was the war that many never understood nor supported.”

This is sad on so many levels. Personally, it’s frustrating to be completely misunderstood when I think I stated clearly, early on and repeatedly in the commentary that I don’t see any difference between the fighting that has taken place in the two countries and that I’m grateful my husband served in Afghanistan (and not Iraq) because it means we won’t have to suffer the comments of the fools who want to mouth off on the Iraq war. But the commentary being so misconstrued is sad for me on a larger scale because it means that  there are so many veterans and military family members who expect to see their service disparaged that they instantly jump to that conclusion.

So, if you’ve clicked through from the CNN piece because you’re just mad as hell at me and want to sound off some more, please read the commentary again and consider the actual words it contains before doing so.

10 p.m. Update – At this point I would like to offer my very sincere apologies to those who have served in Iraq or whose loved ones served there — and most especially to the surviving spouses of troops killed there — for any offense this commentary caused. It was never my intent to offend you guys, in fact, my intent was simply to inform people that the “what a waste” type comments are hurtful. To think that I have hurt in you in trying to put out that message is distressing to say the least.

Right now I am attempting to circulate this apology among the Gold Star community and I hope that any of you reading this will cut and paste it and pass it on to friends you may have in that community:
Dear Surviving Spouses & Gold Star Family members – I hope that you will accept this apology and know that I would apologize to each of you individually if I could. I am very sorry if any of you believed that I was implying in the CNN.com piece I wrote that there was something less noble or honorable about serving in Iraq than serving in Afghanistan. That is not my belief and certainly not the message I had hoped to convey. Rather, the point of that commentary was to say that, because of the media coverage and public opinion surrounding the Iraq War, people sometimes now make ignorant comments about Iraq to military family members. As the wife of an Afghanistan veteran, I am grateful that they don’t say those things to me. Apparently I failed as a writer in conveying this point and I am sincerely sorry for any grief I may have caused any of you.

In addition to the apology, I’d also like to say that this has been such an unexpected experience and I’ve spent most of the day talking with friends about how this commentary has been received. The response from readers, from what I’ve received in emails and comments here and elsewhere on the web, has been about 50-50, with 50 percent being totally offended and 50 percent thanking me for writing the piece. I’ve never written anything that received such a mixed response, and certainly not on such extremes, so I’ve been trying to figure out how it is that so many people can read the same words and yet have such different — but still very intense — reactions.

I have also been amazed at how many readers who say they were offended by it also say that they have never had anyone speak to them negatively about the Iraq War. This blows my mind. I hear those “what a waste” type comments about Iraq almost every week, and that’s why I was motivated to write this piece. I actually moved back to my military town from my hometown during a deployment a few years ago largely because those comments became too much for me to bear. (And, for what it’s worth, my home town is in a “Red State”!)

Readers who are themselves civilians (and by that I mean that they have no direct connection to the military — for these purposes I’m going to group military family members in with troops themselves) have written to say that they appreciate the commentary and do not understand why it has caused such a stir. Likewise, I’ve heard from a number of readers who used to be active duty or married to someone on active duty but now live in civilian areas who have said that they really appreciate the sentiments I expressed in the commentary. Almost without exception the critical responses have come from those who are OIF veterans, married to OIF veterans or who lost a loved one in Iraq. While it absolutely breaks my heart to have so offended the very people I consider to be part of my own military family, it also tells me that a lot of people in military communities do not realize what is said about the war in civilian communities. This is scary. Civilians elect Congress and Congress dictates both the military budget and where and when our troops go to war. I’ve written a lot these past years about the military/civilian divide and I suspect that this is one more example of how our military communities are becoming islands.

Please — and I’m speaking now especially to those of you in the military community — know that if I had only intended with this commentary to speak to other military family members, I would have written the commentary here, on my own blog. Actually, I probably wouldn’t have written it all as there’s no need to tell you all that talking bad about the Iraq war is hurtful to those who’ve sacrificed there. You don’t need to be told that — you already know that. Instead, I wrote that piece for CNN because I wanted to reach a wider audience — I wanted to reach the very  people who make those comments. And they do make them, whether we want to accept it or not.

Finally, and this is a fairly minor, technical, point, but I used quotation marks in the commentary around the word good (in the sentence that describes Afghanistan as a “good” war) because I was quoting those who call it that, not because I think that myself. I do not see either front in the war as being “good” or “bad”.

Again, I am sorry for any hurt that I may have caused you, but I do ask again that you read the commentary and the words in it and judge it, and me, based on what I actually said — and not what you perceived that I meant.

Many thanks to all of you who have taken your time to comment here and elsewhere on the web and to email me. Though a lot of what you said has been quite stinging (and not all of it constructive), I do appreciate that you have shared your time and thoughts with me.